Get ready to enjoy the coolest DJ’s and Bands in town who will be turning up the wine tuning fun vibes.

On the playlist: DJ’s and bands 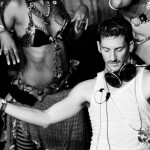 Responsible for conceptualizing and launching the renowned Balkanology and Fiddle East parties in South Africa. Ma’or Harris aka Maoriginal, describes himself as a Nu World DJ. Other than his thumping set you can expect beautiful dancing and courageous acrobatics behind the decks involving two chainsaws, soft boiled eggs and a vodka bottle. 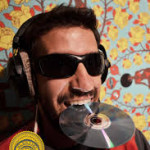 Daniel is now based in Cape Town, South Africa, his country of birth, where he is continuing his work as a composer / producer / engineer, as well as a DJ as a side gig https://soundcloud.com/eppelsauce

Daniel is now based in Cape Town, South Africa, his country of birth, where he is continuing his work as a composer / producer / engineer, as well as a DJ as a side gig https://soundcloud.com/eppelsauce 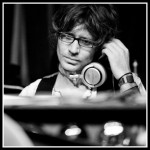 Designer by day, DJ by night. Capetonians of all musical decree know and love the work of renowned beat-masher, music-collector and lover of good times, DJ Toby2shoes. His raucous party sets containing bits and pieces of assorted tech, swing-tech, gypsy, country, funk, jazz, chill, Afrobeat and Afrohouse at venues all over town have generally been the sort spoken about long afterwards, and looked forward to for months in advance.

The name Toby2shoes says it all. Socks. Shoes. Boogie. We all put shoes on when we go out dancing… 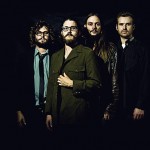 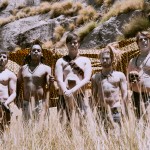 The Nomadic Orchestra is strongly influenced by traditional music from the countries of South-Eastern Europe: Macedonia, Romania and Serbia. They are also influenced by Klezmer, gypsy and circus music as well as contemporary Western party music. Their musical training brings a strong jazz aesthetic to the band, and thus an emphasis on improvisation. The music that the Nomads play is original and composed by members of the band. 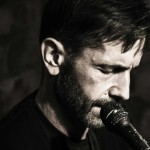 Lionel Bastos is an award-winning singer, songwriter/ composer and music producer who has played and/or produced music  on every continent and is now living in South Africa.

He has released five albums: the first three were all nominated for a number of South African Music Awards (SAMAs ) His second album, Simple, won the SAMA for Best Adult Contemporary Album in 1999. He has written, played alongside and/or  produced for most of South Africa’s top artists like Wendy Oldfield, Yvonne Chaka-Chaka, Little Sister, Vicky Sampson, Ed Jordan, Tshepo Tsola, Auriol Hays and James Stewart. His last big project was writing the score and the final song for the film “Konfetti” released in April this year which has already won 2 awards in indie film festivals in the USA. He is about to release a new concept album.