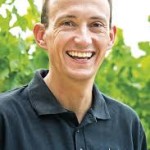 Michael van Niekerk has worked as Audacia’s winemaker since 2009. He has worked at a number of estates in the Western Cape and also spent time in both Australia and California exploring their regional approaches to winemaking. Michael believes in making wine ‘for people who love to drink wine,’ and has an honest and pragmatic approach. He is also a great innovator – as Audacia’s new breakthrough indigenous wooded wines attest. Michael understands that wine is a living, organic liquid that should not be overly fussed with, but allowed to develop naturally. 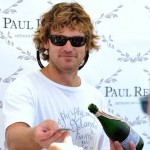 From a young age Henk stole groceries from his mother’s kitchen for his field expeditions with his fellow boy scouts. His enthusiasm for mixing various flavours in his style of cooking was already clear at that age. Many years later Henk and his wife Monica moved to her family farm, Wonderfontein in Robertson. It was there where their Paul Rene MCC experiment surpassed all his expectations and is now a life’s passion and living dream. 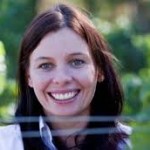 Melissa Genevieve Nelsen, pursued her passion into the winemaking industry to develop the beautiful Blanc de Blanc MCC we know today. Melissa’s mother always encouraged her to be uncompromising and expansive in her vision.  Initially Melissa set her sights high and first became a pilot. These days, while not averse to flying, Melissa prefers to keep her feet firmly on the ground… in the countryside.

The search for the perfect terroir and quality grapes led Melissa to Bot River and there she discovered a beautiful pocket of Chardonnay, located in the Van der Stel Pass. Determined from the outset to make a sparkling wine of unsurpassed quality, and to continue to do so each year, Melissa’s original vision soon became a well-received reality. Let’s raise a glass to that! 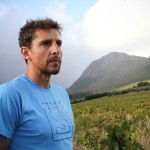 Jacques hails from Paarl where the wine bug sank its teeth into him at an early age. After graduating top of his class at Elsenburg, it was at Warwick estate where a passion for creating red wines of complexity took full flame and at Môreson where their winning Cap Classique wines instilled a love of the bubblies in this lanky, laid-back winemaker.

Jacques joined Black Elephant Vintners in January 2013. The use of tried and tested “old fashioned” methods in the cellar suits Jacques’ philosophy of “sticking to the basics”. “It’s not rocket science,” he quips. “I just prefer making clean, healthy wines. Then I have a solid basis and can experiment when it comes to the blending process.”

His humble approach is inspirational and endearing and you will find this in his wines. 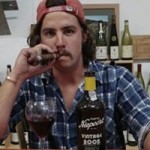 Edgy Craig Hawkins, chief winemaker of organic Swartland estate Lammershoek, also makes natural wines under his own Testalonga label. A self proclaimed idealist, he is drawn to the purity of natural wine and likes to push boundaries. Craig has travelled extensively in Europe and in South Africa working for some of the world’s top natural winemakers.   He makes stunning and original Chenin from bush vines with bold, rocky acidity and wild herbal flavours that capture the terroir of the Swartland more vividly than any wine one has ever tasted. Craig loves to fly fish and is an avid Sharks rugby supporter. He still dreams of returning to his roots in Kwa-Zulu Natal and making wine there. 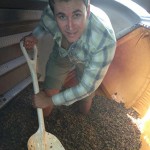 Adventure is the name of the game for this well-travelled, wine mad, wine drinking surfer and winemaker at Môreson in Franschhoek. Clayton’s winemaking talents have earned him several awards, including young winemaker of the year in 2009. He loves challenging the usual trends and breaking from the norm. Cultivars like Cabernet Franc, Petit Verdot, Malbec and other unique blends are some of the varietals he’s presently experimenting with. 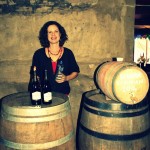 Marelise van Rensburg, winemaker at Beaumont Wines, found inspiration as a harvest intern in the vineyards of Spain, Portugal, France and the US, leading her to create exciting new wines, Momento wines. Marelise has just bottled her 2 new wines Momento Chenin/Verdelho 2013, and Momento Tinta Barocca 2013 and still getting to know them a little better with every evening of tasting. She will be writing their tasting notes soon and have them available on her website, www.momentowines.co.za, which will be coming soon. 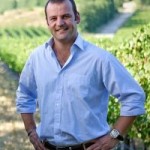 Dawie Botha, winemaker at Anthonij Rupert Wines, graduated with a BSc in Agriculture (majoring in Oenology & Viticulture) from the University of Stellenbosch in 2001. He gained international experience at Chateau de Franc in Bordeaux in 2002 and Fetzar Vineyards in California in 2003. and locally at Simonsvlei (2001 & 2002) and Leopards Leap (2003-2005) before joining Anthonij Rupert Wines.

Dawie’s winemaking style reflects the knowledge he acquired during these travels. Stylistically, his wine shows the complexity and depth typical of Old World wines while still reflecting the terroir that he works with here – showcasing the more upfront fruit and liveliness remiscent of wines from the New World regions. 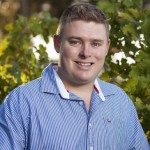 Hannes honed his winemaking skills at prominent wine estates in the Cape Winelands and landed a harvest internship at Stonestreet Wines in California. The wine he most enjoys making is Chardonnay, for its diverse and unpredictable nature, allowing the winemaker to experiment and put his own signature on the wine. He also has a soft spot for the ‘so called Cinderella’ of the vineyard, Chenin Blanc. He believes South Africa is producing top quality Chenin Blancs – better than most overseas producers. 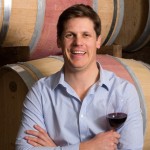 Wynand Grobler, took over from Winemaker Wilhelm van Rooyen at Rickety Bridge in December 2007.  Growing up in the Free State, Wynand had no contact with wine making but enjoyed time in his father’s underground cellar. It was at Rust en Vrede, while still a student, where Wynand’s wine making career got underway moving later to Ernie Els Wines and then on to Guardian Peak – a diversity of experience invaluable to finding his own style and wine philosophy – Perfection, Passion and Feel. Wynand likes to make wine that a wine drinker will enjoy.